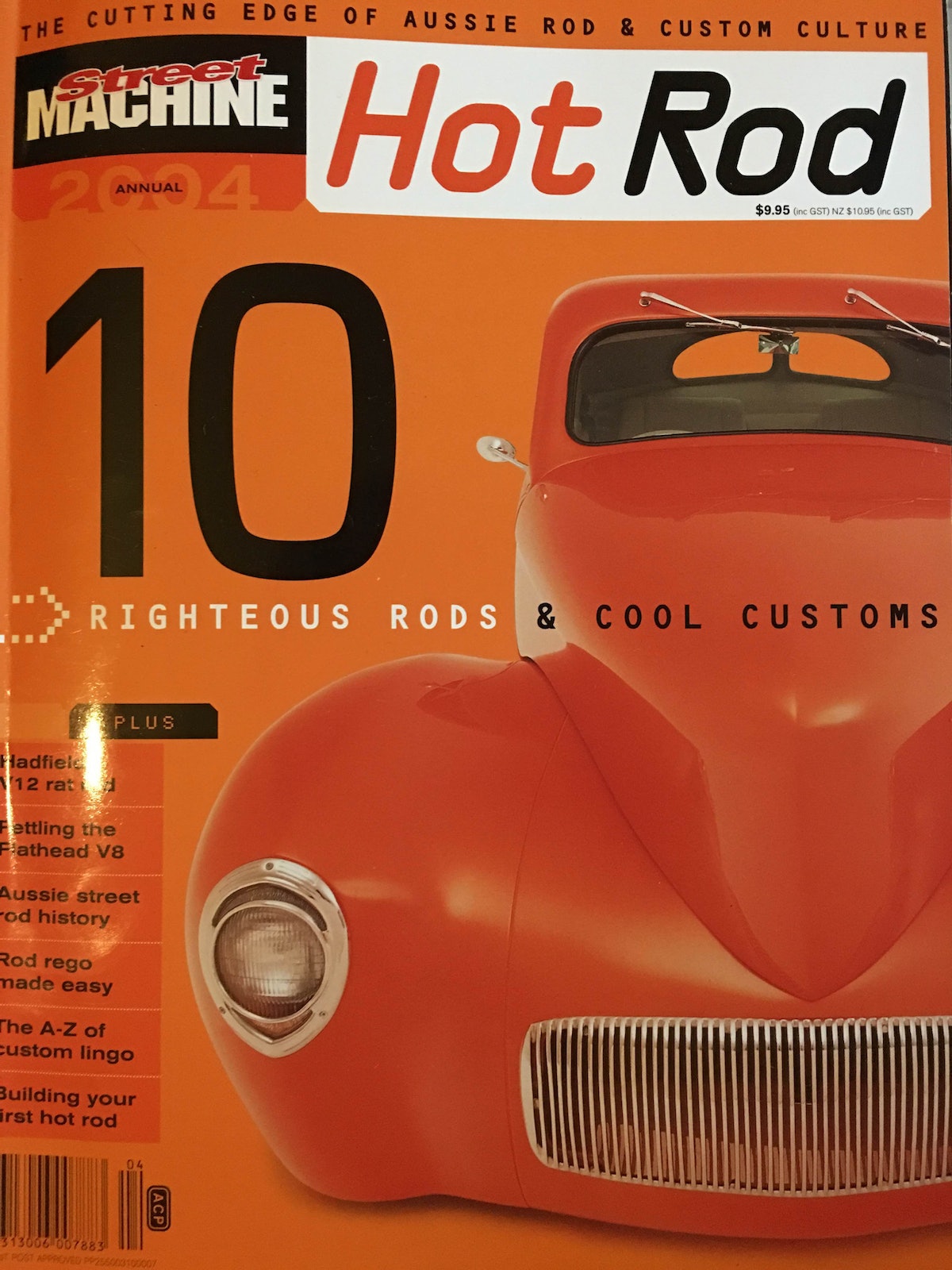 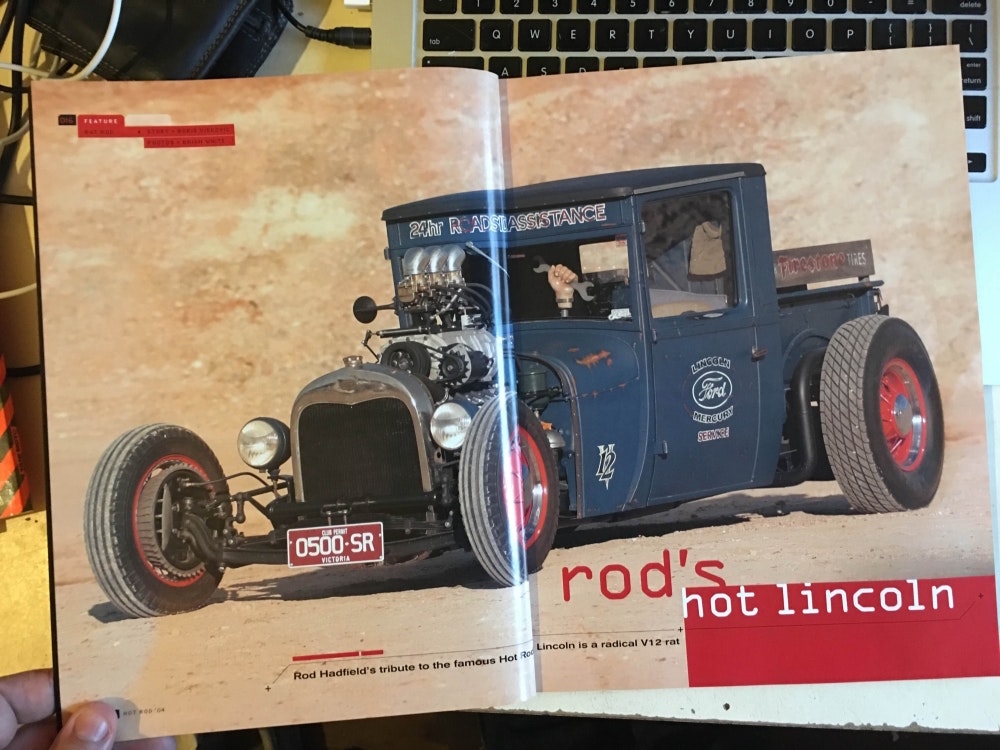 That’s what happened when Australia’s largest modified car mag, Street Machine, sent me on a job south of Perth to Bunbury to cover the Sandgroper Nationals hotrod event. Held around the country this time it was Western Australia’s turn.

One of the stars was legendary hotrodder from country Victoria, Rod Hadfield. Rod has built many many crazy and awe-inspiring rods over the years and for this event he was driving across the Nullarbor in a blown Lincoln V12 flathead Model A Ford. The ratrod scene was starting to take hold in the mainstream so while Rod was in WA they asked me to shoot a feature of the car.

Now I’m rarely sick. Due to my high diet of cancer-causing chemicals in burgers and fries my system has developed, nay evolved, in to a steel vat of protection from the common germ. Throw anything at me I dare you, nuclear waste, mad cow, anthrax, my system will shut it down without a sweat. Bird flu would be considered amateur hour in my body. However my kryptonite is migraines and no matter what I consume I still have them stab me in the eye two or three times a year. The morning of Rod’s photoshoot was one of them.

Refusing to miss this opportunity I held off until as late as possible to see if I could shake this dreaded feeling of my brain being screwed down by large rusty bolts. I’d spent all morning throwing up and the time was upon me to go to work. I rifled through my overnight bag and took three of the strongest pain-killer tablets I could find. Only they weren’t pain-killers, they were sleeping pills, and I managed about fifteen minutes of photos before excusing myself and passing out in my car for six hours. Waking in the dark, by the water in Bunbury, dehydrated and not having a clue what had happened.

What do you do? I’d missed my only shot at this hotrod. I was rooted.

I always wanted to work up to a magazine like Street Machine. I’d grown up reading their bible and although I was never actually a huge fan of V8’s I’d marvelled at the paint jobs and interiors. Drooled over the girls from the Summernats coverages, and always appreciated the effort that people put in to their projects. The photography always blew me away. Such skill from these lensmen. I’d never even considered getting a shot at working and learning with them.

Fast forward a few years and thanks to a plane flight to Sydney solely to knock on their door, and a compassionate features editor, Simon Telford, giving me a chance, I was now doing something I’d never dreamed was possible. And now I was stuffing that up.

So what do you do? You take responsibility for your actions and fix it. That’s what I did. I waited until Rod was safely back at home in Victoria and I booked another flight. This time to Melbourne. Then I hired a car and drove from the airport to Rod’s workshop in Castlemaine north of Melbourne. Scouted for a location for a shoot, gathered up Rod and his V12, and finished the job. It was an ok shoot, decent, nothing mind-blowing, but I drove back to Melbourne and got on another plane and was back in Perth by midnight. The trip cost me about three times what the shoot was paying. It may sound a bit bonkers but if you want to be a professional photographer then you have to BE a professional photographer. Appreciate the work you are given and if things don’t go quite to plan then that’s ok too. But do whatever you have to to deliver on your promise. Also read the labels on medication. 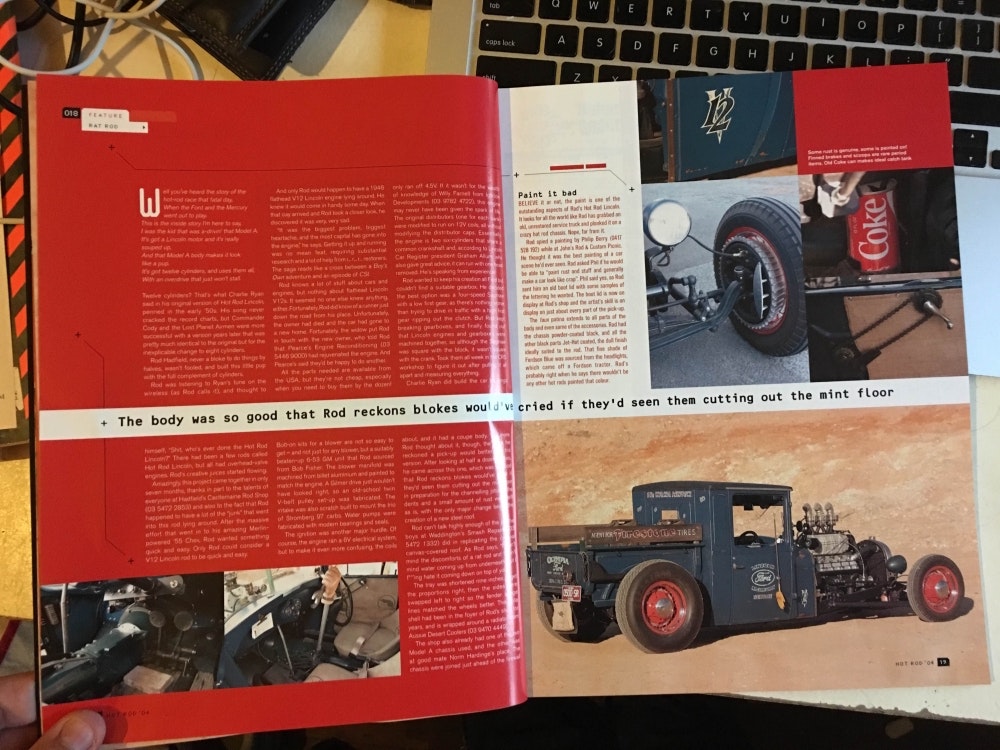 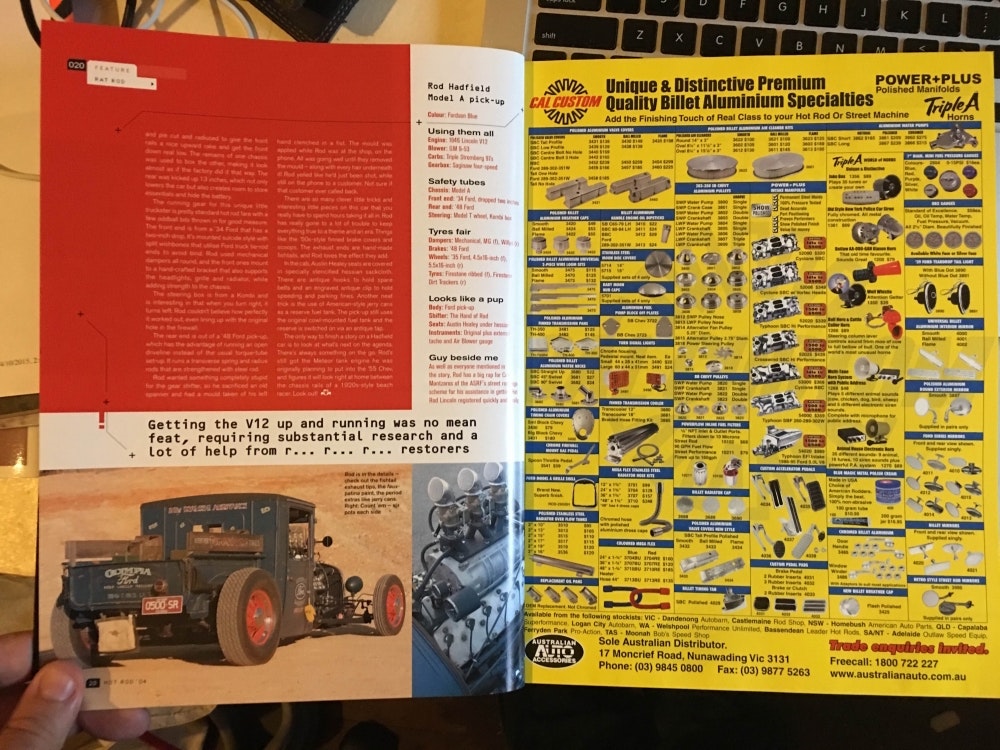